Which works out to be 2 million views per month if you do the math. A figure I believe will bring SharedHere to profitability.

It is day two since launch, and it has been two days of regret. I wished I thought through distribution a lot more.

To be precise, I mean that nobody cares about the shell of infrastructure that is SharedHere. Just as how Reddit without its community is worthless. I had thought that it would be enough with interesting content seeded on the platform. But nobody knows about this content. So we are back to the chicken and egg problem.

And instead of pushing it on public communities and forums, I will be engaging individuals one-on-one and having them subscribed.

Some meta thoughts. I am obsessed with SharedHere, especially so the product has launched. With that, the content of the posts that I will be publishing will center around my attempts to kickstart SharedHere into a media goliath starting in Singapore.

So stay tuned to observe how I will succeed! 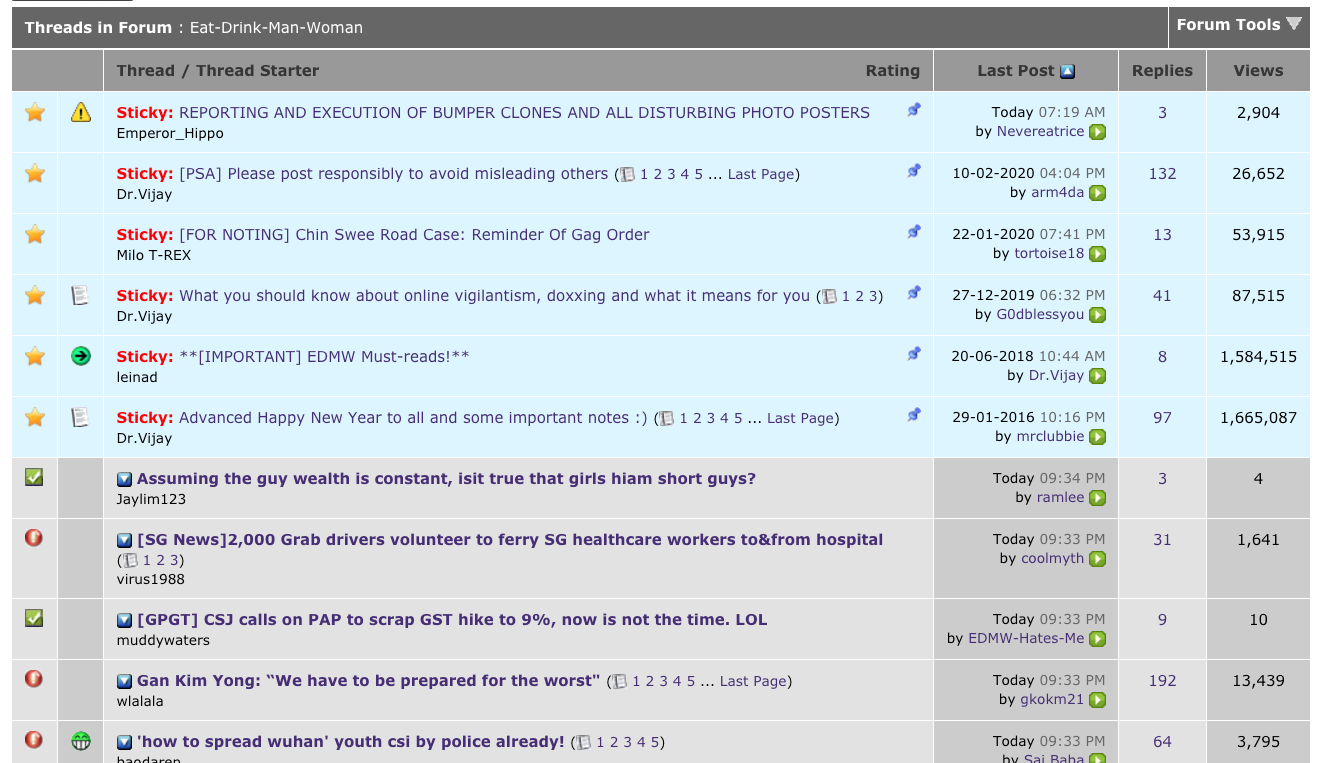 The difference between fifteen minutes of sleep and getting one last piece of todo item checked amounted to 1000 views for SharedHere.com. Yesterday, I posted a thread on Hardwarezone forums just before 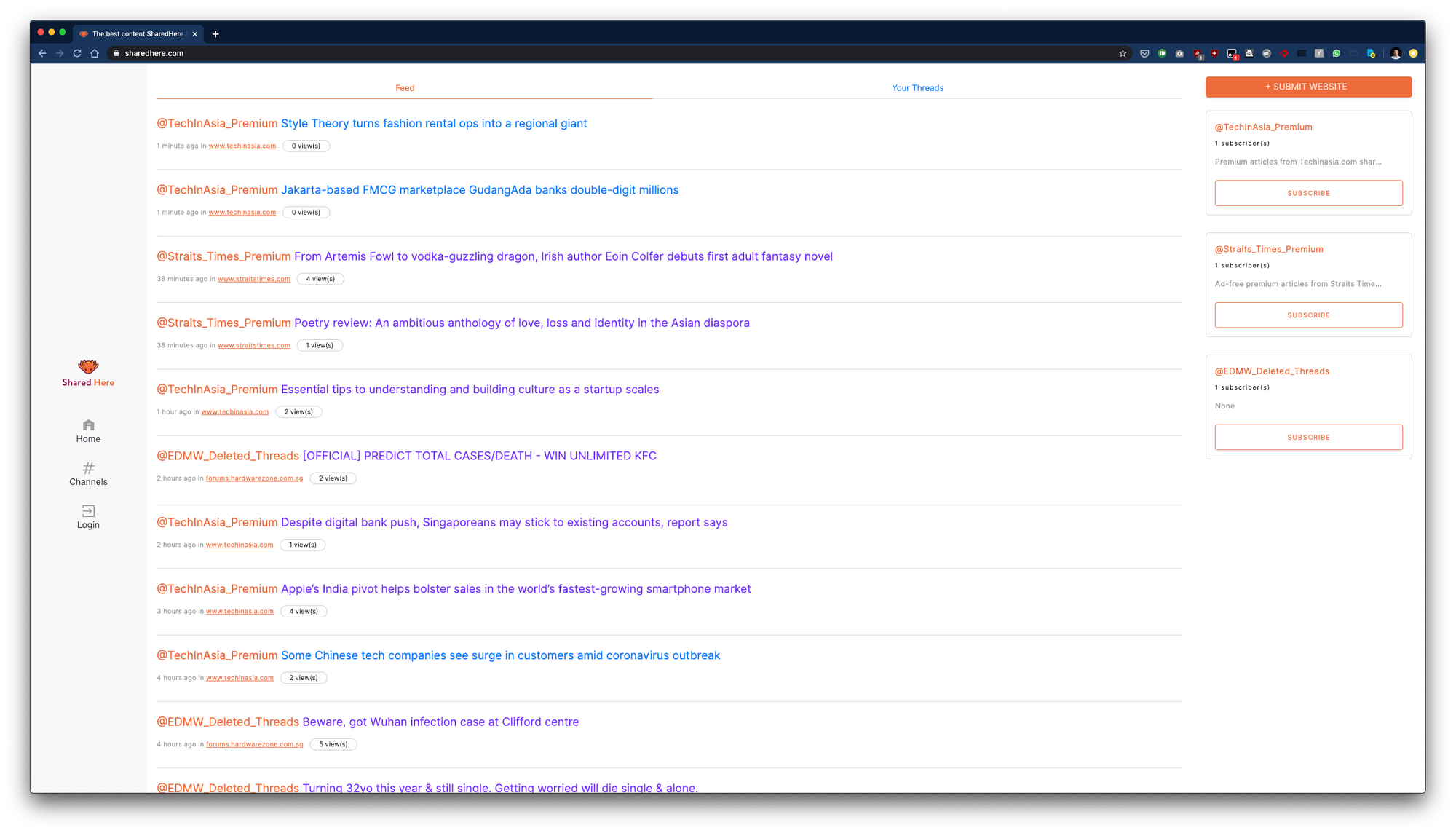 Premium content, previously guarded by paywalls, is now readily available on SharedHere.com. These include premium articles from Straits Times and TechInAsia. Any content that can be shared with a screenshot, will be