What is an Early Stage Startup?

early-stage startup is one that is at the inception of its growth potential.

This means it is either currently in an ideation phase documenting the problem it is trying to solve along with feedback from potential users or has only recently launched a new product and is working on getting it out to its target audience, usually a niche they intend to achieve a stronghold in, in order to validate their product-market fit (PMF) and establish a strong cash flow as quickly as possible.

These startups are usually small with low revenues, little to no operating history, and a minimum viable number of employees. An early-stage company has different stages, as mentioned earlier before it can be seen as a mature business entity. The way a startup operates varies based on the sub-stages of an early-stage startup we'll further dive into.

Understanding the Journey of a Startup

A Startup consists of multiple levels, starting from planting a seed to growing it big. The revenue and growth of a company vary at each level.

A pre-seed stage is when the company has not yet begun to solve their problem and might not even have a solidified idea yet. This can be thought of as an opportunity to explore future business models.

It all starts with an idea, and, in a nutshell, ideation is the initial process of generating and involving the development of ideas to a problem that needs to be addressed, solutions to that problem, and, most importantly, an analysis of the benefactors of that solution.

What is the problem that is being addressed?

Ideas are often contrived by people just starting out in the startup ecosystem but they most certainly shouldn't be. The question still remains, though, how does one come up with an idea?

While techniques such as brainstorming and mind mapping certainly help, the best approach is an organic one involving identifying a problem that one often encounters.

Startups derived from solutions to such organic problems are generally the long-term winners.

How does the product or service help solve that problem?

Who will it benefit?

The good part about organically finding the problem a startup solves is that it already would have a potential user base to tap into. Or, at least, an ideal user that they objectively know exists.

2. Knowing the market opportunity and segment

Who is the target Segment?

When starting out, the segment should be as specific as possible, which means that one should know who their target customers are and what their pain points are, which further helps validate the idea in a niche market segment.

Who are the competitors?

Either way, it's extremely important to research on competitors. As a matter of fact, it's a red flag for investors when a startup claims to have "no competitors" since that almost always means one of two things:

The primary goal of the seed stage is to validate the business idea and select the startup's operating model. The startup's initial realization is sought at this point. This can be accomplished by creating prototypes to confirm the initial concept.

Typically, seed-stage funding is the first step (sometimes it's not in the case that a company bootstraps in seed-stage and raises a Series A round later) in venture capital financing.

Suppose a company chooses to raise a seed round. In that case, the capital is often utilized at this point in a company's formation for market research, product development, and business expansion—the foundation required to create a successful corporation.

3. Documenting the idea - working on your business model

When launching a startup, creating a business model is a requirement that requires considering how the product will generate value and how the team will meet the milestones it sets for itself.

Here are some pointers to help:

Keep in mind that the business model should produce excellent results with minimal risk.

4.Building an initial prototype (a.k.a Bootstrapping)

Most entrepreneurs only use bootstrapping as a temporary measure before receiving their initial round of outside funding. Building a strong founding team, creating a minimum viable product (MVP), and gathering user insights are typical objectives of the bootstrap phase.

At this stage, startups are still developing goods, creating concepts, assessing the viability of their offerings for the market, and frequently have a small user base. During this step, all legal paperwork, including partnership agreements, patents, and trademarks, should be established (if not created during the bootstrap phase).

Essentially, this stage is the idea financing stage if one plans to raise. However, to raise, a strong pitch inspiring confidence with a plan to generate multiples is needed.

At this stage, the evolving idea until the minimum viable product is out and tested, having an independent team, running trials, and improving versions.

The Series A round comes first following the seeding phase. Having a strategy for creating a business model that will produce long-term earnings is crucial in this phase.

Acquiring funding/fundraising is generally a really involved endeavor. Thankfully, there are multiple sources depending on the position, metrics, and business vertical to raise funds.

Here are a few sources a startup can raise funds:

Approaching with a growth-driven mindset. The post-seed stage is where growth indicates that a product or service is shaping to be what it intends to be in the long term and evolving on the market.
Startups in this stage might raise further rounds of financing from VCs.

Now that a startup has some users in this stage, a lot of work needs to be done on expanding that customer base. Generating leads is one of the main aspects of building a customer base and a step in the right direction. This is especially crucial for B2B startups.

7. Getting feedback and reviews

This ultimately revolves around testing the product and smoothing the edges.

A startup should listen to its customers for feedback and reviews as much as possible. A lot of startups do this from the get-go in the form of onboarding or check-in calls with their users.

A company is only as good as the people working in it. Finding the right employee should be taken seriously. Hiring human resources is one of the crucial steps to achieve that.

HR helps perform a specific task that requires attention and results, growth in terms of new customers, returning customers, and revenue gain indicate that the business is maturing and contributes to maturity. This all further helps in attracting the top talent in the industry.

Scaling up business to another level.

At this point, the startup is established and has proven its business model. The company can now expand its business by opening new locations or expanding its product line. The focus now lies on working towards growth, efficiently using its resources, scaling up, and working its way towards the right exit strategy like acquisition or going public (IPO). Going public will give the startup access to new capital that can be used to expand the business even further.

This is a major part of expanding the business. The startup now needs to focus on making its operations more efficient. This might involve automating certain processes or hiring new staff to improve customer service as customer loyalty is a make-or-break metric at this stage.

The startup should be aiming to become profitable at this stage. This means that it needs to focus on generating revenue and reducing costs. The business will be evaluated on its ability to generate cash flow, and this will be a key metric for potential investors.

12. Preparing for an exit

The startup should start thinking about an exit strategy at this stage. This might involve preparing the business for sale or going public through an IPO. The exit strategy will be determined by the startup's long-term goals and the current state of the business.

The path is not easy, however. This involves a lot of patience and effort to gain competitive advantages. Most startups will struggle with the implementation part and will fail due to a lack of proper funding, but it should be treated like boolean logic as a startup.

Until proven the startup idea and execution is an objective failure, there's no reason to stop.

Investing in Early Stage Startup - Why & How

While some startups use the bootstrap method and may require funding for scaling up/growth, many require initial funding to support product development. The financial requirements of every startup would be unique. Thousands of ideas are pitched each year, and many of them fail at the seed stage due to a lack of funding and resources. Before generating positive cash flow (late-stage startup), early-stage investing is required to support and develop the product/service, as well as for initial marketing and manufacturing. Early-stage capital typically covers all of the investments required for a startup to begin generating positive and consistent revenue.

Advantages of Investing in Early-Stage Startups

Disadvantages of Investing in Early-Stage Startups

How to Find & Invest in Early-Stage Startups

Establish yourself as an investor or venture capitalist.
In order to invest in early-stage startups, you need to be an accredited investor. To be an accredited investor, you need to fulfill the official requirements. For instance, in the US, you'll need to find a registered broker-dealer who is willing to work with you and file what’s called a Form D with the SEC. Also, you'll need to have a certain minimum net worth (usually $1m).

1. Find valuable startups ahead of the curve with ProxyCurl

There are a number of ways to find startups to invest in. You can attend startup events, read tech blogs, or use an online platform like Proxycurl which makes finding early-stage startups for investors a breeze.

A Pitchathons is an event where startups compete by pitching their business to a panel of judges. As an investor, you can attend Pitchathons and use them as an opportunity to find startups to invest in and also to build relationships with startup founders.

Once you’ve found a startup via a platform like Proxycurl that you’re interested in, the next step is to meet with the founders. This sets the bar for further due diligence and subsequently signing a term sheet.

When you invest in a business, you become a co-owner. Helping them grow with a sizable investment would further accelerate their progress to make an impact and consequently, multiples of ROI.

Startups are a boon to the economy as they bring in new ideas, create jobs, and spur innovation. A great team executing an idea well is bound to create disruption in any market. They are, however, high-risk and high-reward ventures. Believe in them and use resources wisely to maintain and sustainably manage these investments. 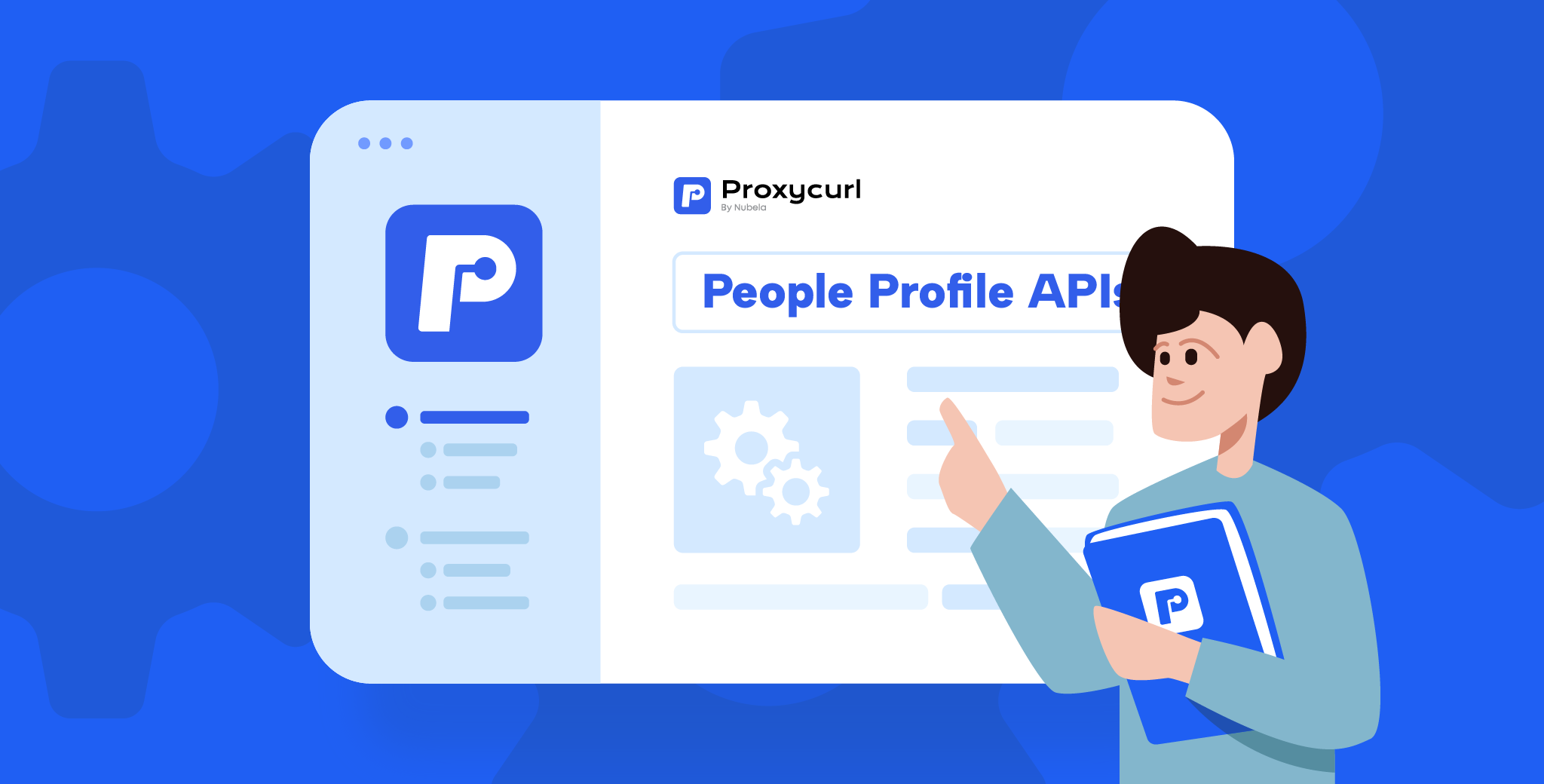 At Proxycurl, we pride ourselves with the many data enrichment APIs that we offer to our clients to power their applications. Not just the sheer number of it, but the quality of these APIs, in 8 in-depth features which will be covered in this post. If you heard about us 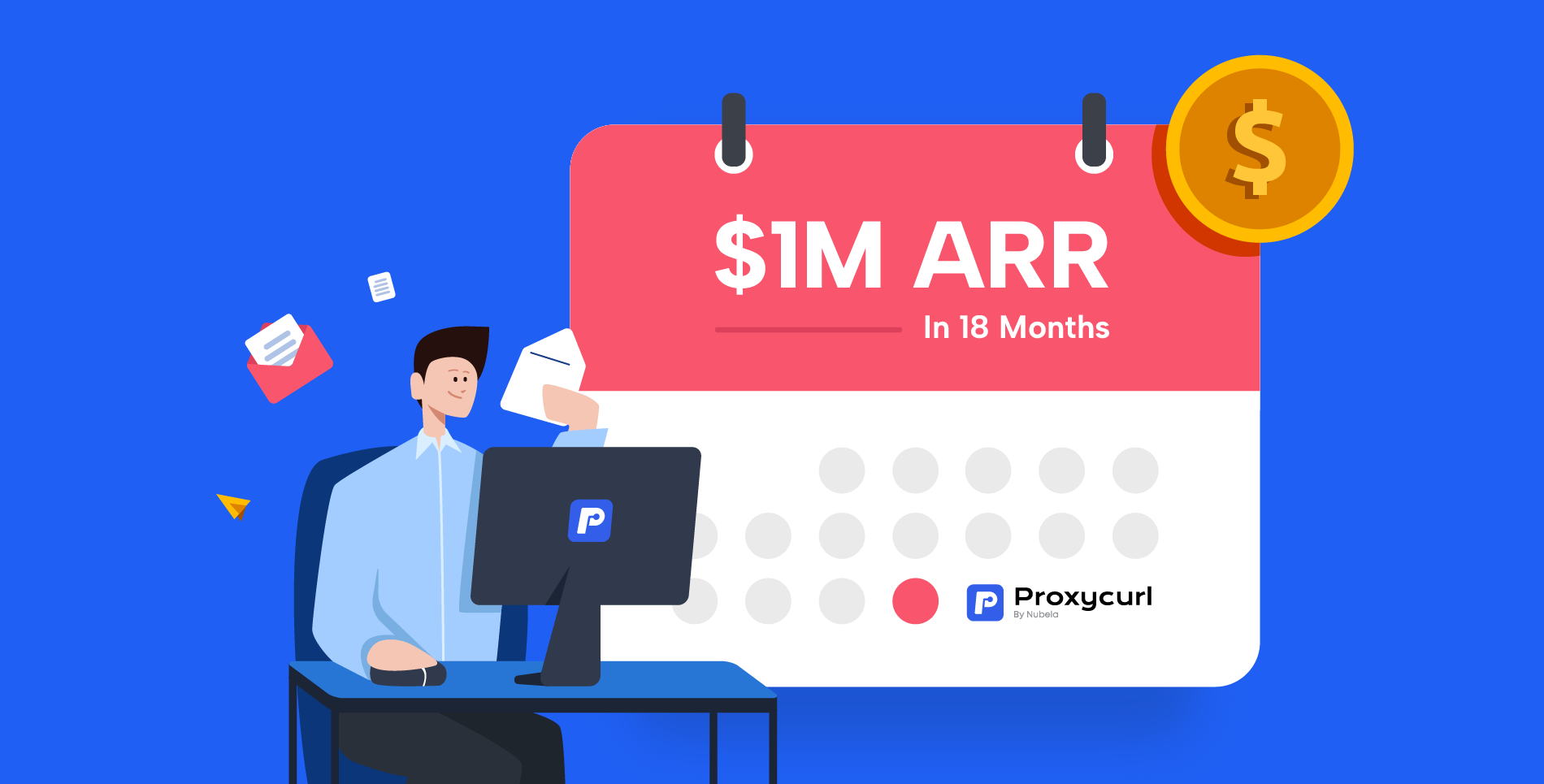 Proxycurl is almost three years old, and we are marching towards 5 million (USD) in annual recurring revenue (ARR). In this post, I will tell you exactly how we got here. Proxycurl is a Software-as-a-Service (SaaS), and we sell data enrichment services on people and businesses to other businesses looking 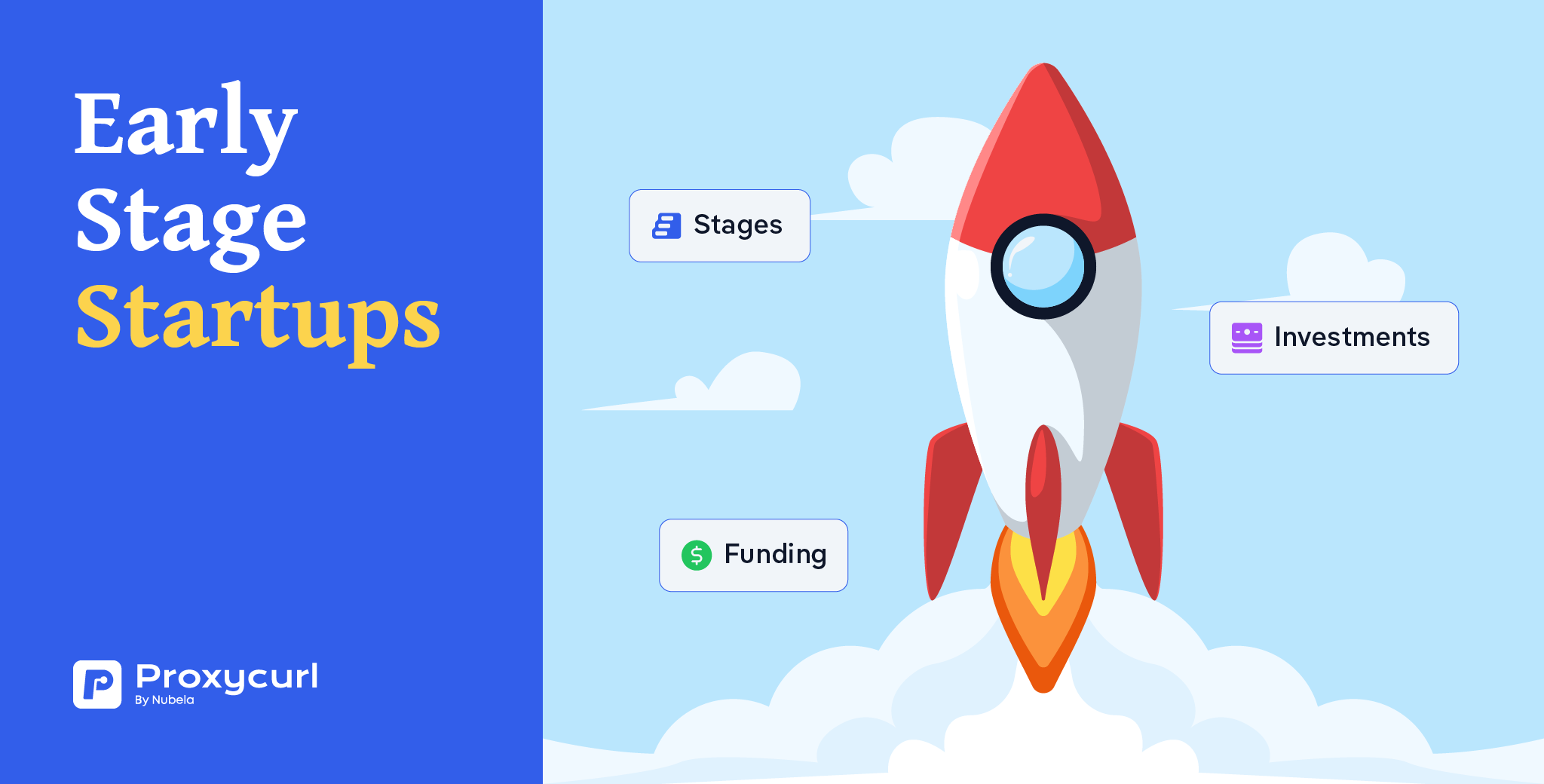